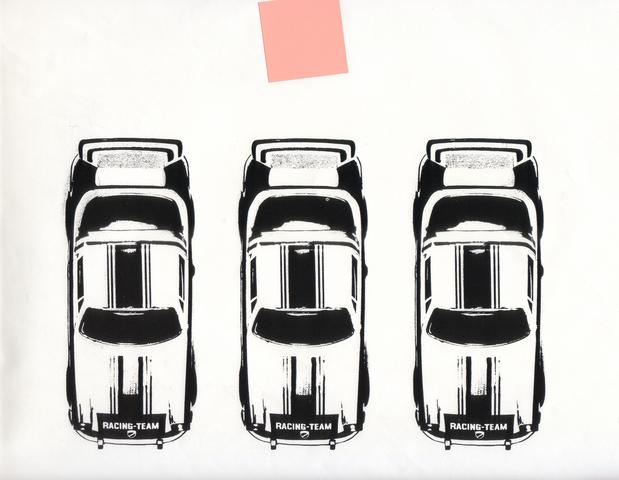 From 1977 on, a.o. in his performance in the Stadtarchiv in Kassel, Roelandt became more and more critical of the way in which the performance medium was evolving, and especially of how it was being (mis)used in the commercial art circuit. F.e. as an appetiser to a classic exhibition and not as an independent medoui. As reaction Roelandt started in 1980 with his POST PERFORMANCE PROJECTS in which machines (a telephone and answer machine, film and video, toy cars, model helicopters or even a 450-ton bridge crane of a shipyard) replaced the performer.  His best known work is 'Auto mobile Tergicristallo', a series of moving windscreen wipers placed in a pond at Middelheim, Antwerp, for the Automobiënnale in 1985.