HUGO ROELANDT – A Choice from the Archive 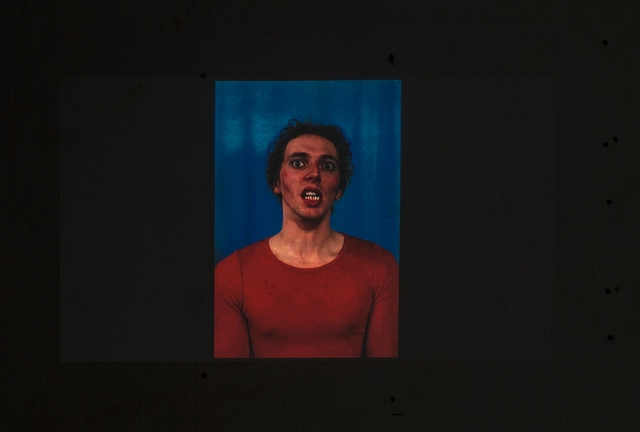 Geprojecteerde gevoelens tegenover iets of iemand [Projected Feelings Toward Something or Somebody], 1974

During Hugo Roelandt's first personal exhibition in November 1974 in the New Reform space in Aalst, he showed photographic works that were shot in the travesty milieu of Antwerp, and a number of self-portraits in which the artist presented himself in different transformations. In the series of 80 slides ‘Projected Feelings towards something or somebody’ he expresses different feelings and emotions in an exaggerated and often comic manner. Roelandt found that the preparations for these manipulated or staged photos were more fascinating to him than the final result – and this brought him to the performance medium.

At the time I made photographs, but I refused to photograph what was in front of me, what is out there. What interested me was to change in a very conscious way certain situations and to record this. Photography was a suitable medium for that. In the long run changing things became more important than photography itself and thus it is a small step to turn to 'live' events. (…)